Dear fans and friends of the Oktoberfest Rugby 7s,

Tournaments of the World Rugby Sevens Series had been shifted in the last months due to the Covid pandemic.

For the best Sevens teams in the world, the current season has already started in July 2021 with the Olympic Games in Tokyo and will be finished after 15 months with the Rugby World Cup in South Africa in September.

Due to this extended season and the Sevens World Cup being scheduled two weeks prior to when the Oktoberfest 7s would have taken place it is not feasible for teams to commit to participate in Munich 2022.

Our aim is and has always been to gather the best of the best in the Munich Olympic Stadium to offer World class Rugby to our fans.Since this, sadly, is not possible anymore for this year, we need to cancel 2022's edition.

However, we for sure will be back in 2023. See you next year in the Olympic Stadium during the Oktoberfest.

Sign up and stay up to date about the ticketing start, the teams and the program at the OKTOBERFEST RUGBY 7s.

Impressions from 2019
Previous
Next

The world's best national teams battled for the cup in the iconic Olympic Stadium.

Would you like to become a partner of the OKTOBERFEST RUGBY 7s? 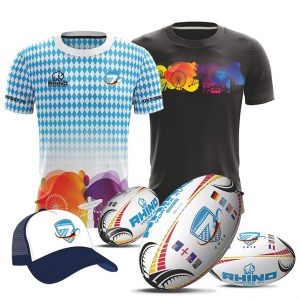 Always get the latest information about the tournament on our social media channels!

Our newsletter informs you regularly about all news about the OKTOBERFEST RUGBY 7s in the Olympic Stadium.